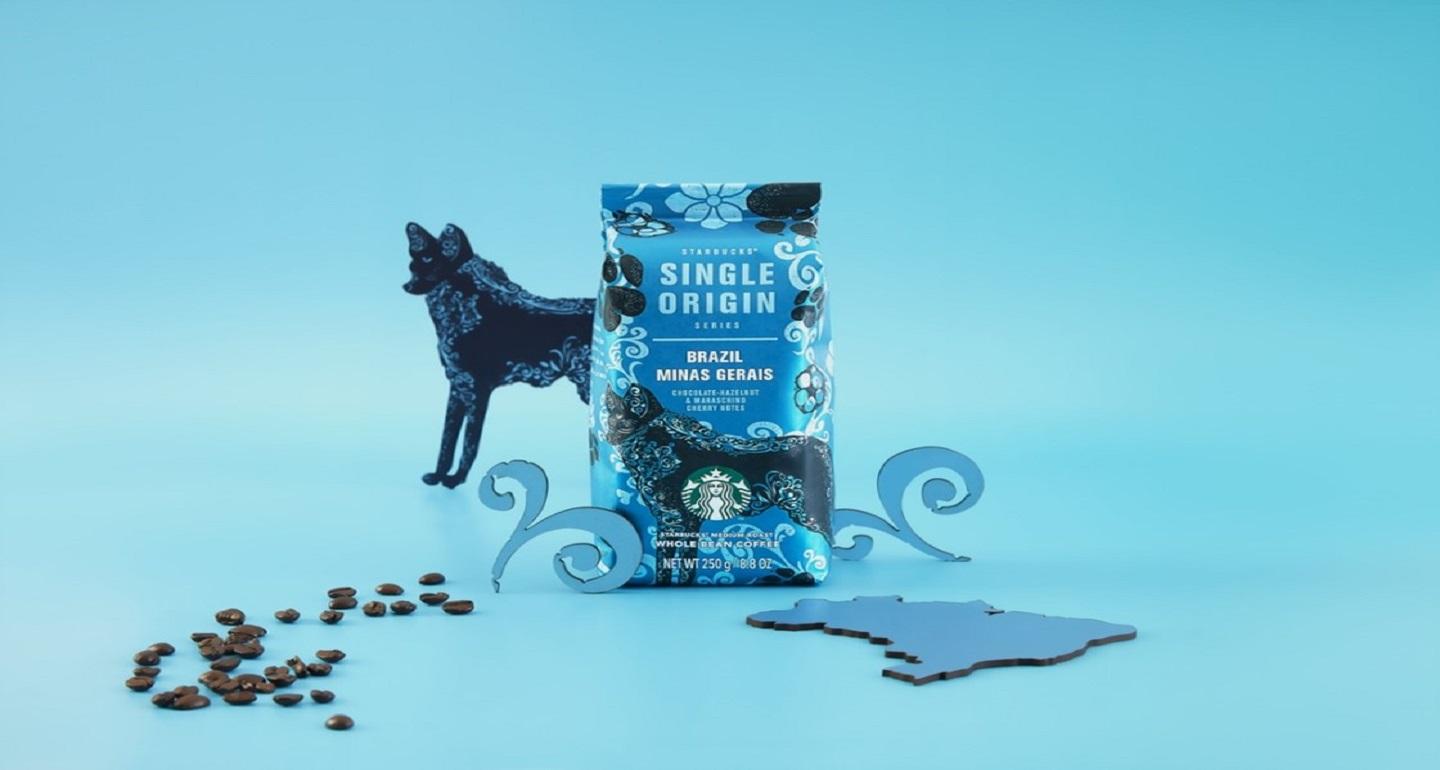 Starbucks® Single-Origin Brazil Minas Gerais coffee is sourced by a Brazilian cooperative with 12,000 member farmers located in Minas Gerais state, in the southeastern region of the market – the heart of Brazil’s main arabica coffee growing area. Brazil produces more arabica coffee than any other region in the world, and its consistent quality is unique. South America’s diverse geography and rich coffee history result in an abundance of coffee origins and range of flavors – from sweet and balanced, to bright and complex.

Since Starbucks® Single-Origin Brazil Minas Gerais coffee was first introduced in 2019, it has been featured on menus in several markets across Latin America and the Caribbean. It returns to Starbucks fall and winter seasonal menus this year, strengthening Starbucks commitment to promote Brazilian coffee around the world.

Starbucks® Single-Origin coffees are created with beans from a single source, as the name implies. These blends always honor a specific producing region where the company ethically sources its coffee, providing customers with a unique coffee experience and some of the finest arabica coffee beans in the world.

Starbucks has been sourcing coffee from Brazil and sharing it with customers around the world since the company was founded in 1971. As a key coffee growing region, Brazilian coffee is part of many signature Starbucks coffee blends which are sold in more 34,000 stores located in 84 markets around the world. For more than six years, Brazilian coffee has also been featured on menus in Starbucks premium Reserve Stores.

In addition to limited edition and seasonal coffee blends, Starbucks has several whole bean coffees available year-round for Brazilian customers, which can be ground in stores depending on the customers’ preparation method. All Starbucks store partners (employees) have a robust understanding of coffee and many wear a black apron indicating they are certified as Coffee Masters – a program that recognizes partners and celebrates their coffee passion as a symbol of Starbucks ongoing commitment to ensuring a sustainable future of high-quality coffee.

This blend is made with 100% Brazilian arabica coffee from the south of Minas Gerais, Bahia and São Paulo – Brazil’s primary coffee growing regions. This medium-roasted coffee with hints of chocolate was first developed in 2006 with the opening of the first Starbucks store in Brazil as a package coffee exclusive to customers in Brazil. Today, Starbucks® Brasil Blend is the star of cafezinho at stores across the market.

This coffee was created by Starbucks more than 20 years ago as a tribute to Colombian coffee. It is the result of a medium-roast and a blend of the main coffee regions in Colombia, Antioquia, Cauca, Huila, Risaralda, Quindío and Valle. This coffee offers dry notes at the end with a nutty undertone. A cup of this coffee combines balanced nutty and floral notes.

Created back in 1975, Espresso Roast tastes exactly the same as it did on day one. It’s Starbucks core, as it has the same boldness and caramelly sweet finish that has been the foundation of every espresso drink the company has ever made. Starbucks master roasters coax the beans along, the heat taking them deep and dark – a recipe for caramelly sweetness that has never been changed. It presents an intense, caramelly sweet that goes perfect with steamed milk.

Created in 2013, and launched in Brazil in 2019, this coffee celebrates Ethiopia’s rich coffee tradition. With its high elevation, rich volcanic soil, and more than 10,000 coffee varieties, Ethiopia produces some of the most extraordinary coffee in the world. This fully-washed, medium-bodied Ethiopian coffee offers soft, velvety notes of dark chocolate, subtle hints of peppery spice, and sweet, mandarin-like citrus for a balanced and approachable taste in the cup.

From Starbucks first store in Seattle’s Pike Place Market to its coffeehouses around the world, this blend is served to over six million customers per week in Brazil. In 2008, Starbucks master blenders and roasters created a smooth, well-rounded blend of Latin American coffees with subtly rich flavors of chocolate and toasted nuts.

Launched in Brazil in 2006, it presents full-bodied with a smooth mouthfeel, lingering flavors of dried herbs and fresh earth, and almost no acidity. Starbucks roasters love transforming these unpredictable beans from dark coral green to tiger-orange to a rich, oily mahogany, revealing bold flavors. Coffee from Sumatra is the foundation of some of the company’s most treasured blends, and something Starbucks has been honored to share with customers for decades.

Originally launched in 1975 as Jake’s Blend. It then became known as 80/20 Blend, referring to the initial blending recipe: 80% Yukon Blend® and 20% Starbucks® Italian Roast. With so much love for this special coffee, it’s fitting that it was later named after Verona, Italy, which was the setting for Shakespeare’s Romeo and Juliet. Launched in Brazil in 2006, the blend offers a well-balanced body and rich dark cocoa flavor.

At Starbucks, we are deeply rooted in our mission to inspire and nurture the human spirit – one person, one cup, and one neighborhood at a time. Our team of experts are dedicated to sourcing, managing, roasting, blending, delivering and brewing high-quality, arabica coffee from diverse regions around the world, including Brazil.

The laboratory – providing Mexican coffee growers with affordable soil analyses – is made possible through donations contributed as part of the company’s Todos Sembramos Café program Annual program returns for its 8th year where company donates rust-resistant coffee plants to coffee growers in Chiapas, Oaxaca, Puebla, and, for the first time, Veracruz. Mexico City […]